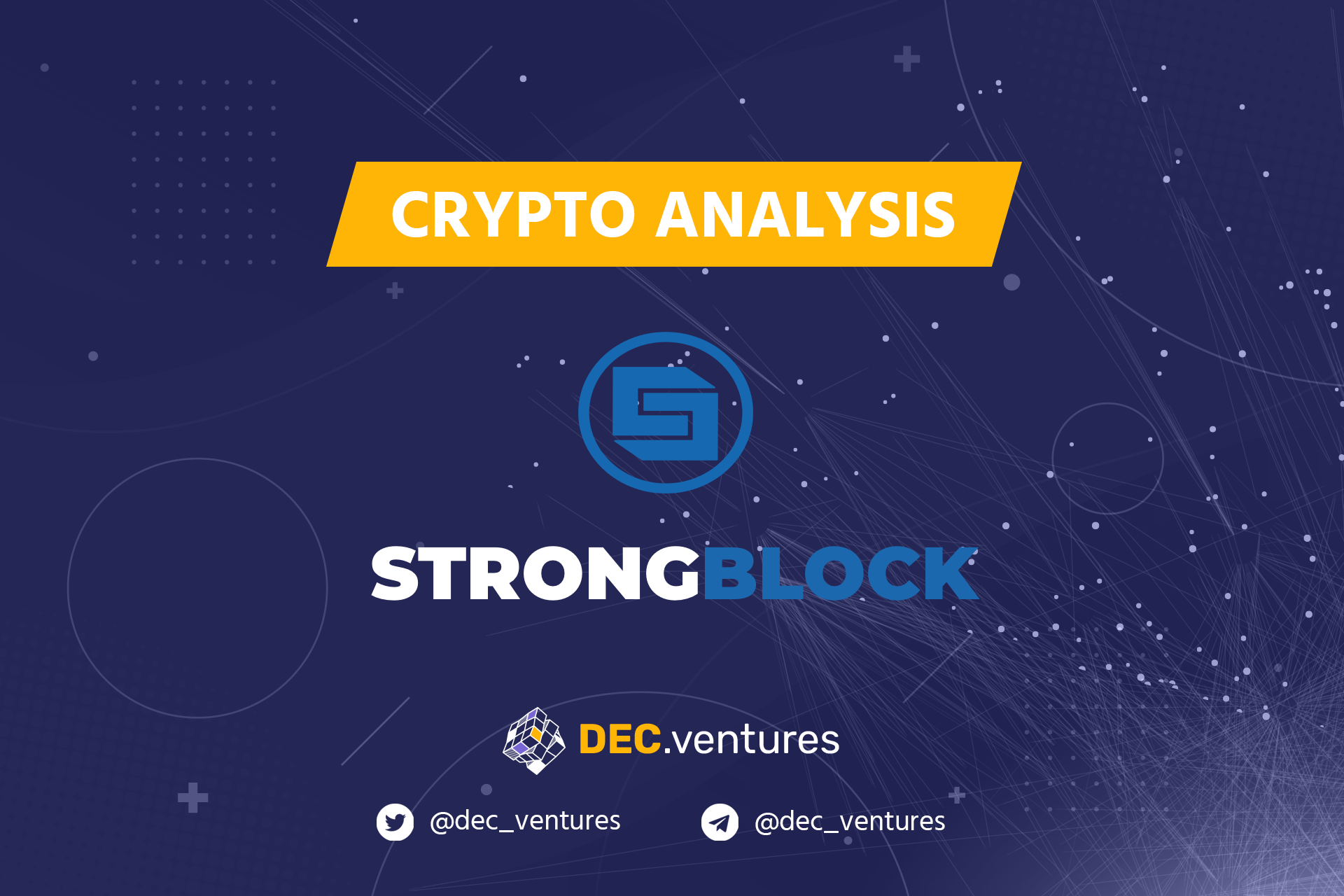 Here is our comprehensive analysis of the STRONG project. Its aimed to support the Ethereum network and other blockchains. As one of the few that records constant increase in the value since December. The project owes its success to people connectected with IBM and Block one. Thanks to the node model, every member of the community can become an active participant of the network.

The StrongBlock protocol was designed to provide a regular income for the NUB (Node Universal Basic Income). The STRONG token obtained in this way is then used for protocol management. Social funds to ensure ongoing rewards may include: increasing the community contribution to the node, creating diffrent types of NUBI, charging fee for node renewal, burning STRONG for NFT and other measures.

The amount of the NUBI rewards depends on many factors, including the number of nodes, their condition, revenues from them, the price of token and also owning a NFT.

Due to V2, further pressure will be on increasing the amount of Ethereum nodes from hundreds to thousands and adding ability for rewarding thousands of nodes from other protocols, including Bitcoin and Ethereum. You can read how to create your own node in our guide: https://dec.ventures/jak-uruchomic-strong-node-wezel/

Since 3 years in the project – the founder, previously working in: Oracle as strategy consultant, data architect and Project Manager – starting from the 90s.

Dawid has performed two important functions in creating EOSIO, the third generation operating blockchain system that collected $4 bilions in the ICO: As technology operations vice-chairman and worker nr 2 in the Block.one LLC, where he was responsible for EOSIO software development and relations with developers; and as co-leader of the historic premiere of EOS on the main network, with over 300 technology providers from global blockchain community.

Before the Block.one LCC, as chief executive Exceed.Team, David ensures strategic consulting and white paper compilation for over 3 dozen blockchain startups, hundreds of millions of which managed to collect via the ICO.

David was also a founder and chief executive of the technology consulting company – Enterprise, for the clients from Fortune 100. Co-founder and founder of several companies in technology industries. Since 2005, managerial positions in: Transilentmedia, CPA Upsell, RebuildUs, BroadSpring and TeenSafe. Before working at STRONG, he stayed vice-chairman at block.one – where his job was to introduce EOSIO – decentralized blockchain operating system. He studied at Portland State University.

Before he have worked in the Strong, he was working in Blackone – his superior was mentioned above David. He was responsible for the architecture of the EOS test networks as well as the implementation, security and maintaining them through design changes. he also conducted security audits. In the past, he was involved in the design, management and administration of databases, clouds and systems. He graduated in computer science from Westwood University of Technology.

Previously, he worked at Nike where he was a senior manager in the global operations department. He was responsible for the independent technology operations team for global marketing by Nike. Earlier, he worked as a consultant and project manager for several companies in the industry technical and software. He graduated in administration and computer science at the University of Oregon.

A fund that focuses on investments in solution implementation projects blockchain technology. They also aims on the payment solutions, trusts and portfolios that generate income and have a significant consumer base or institutional users.

Founded in 2018, DAO Maker creates increase of technologies and financing frameworks for startups. They are reducing investor risk and also providing leading solutions for community incubation, fundraising and other development technologies.

The basis of V2 tokenomics is a 94% reduction of STRONG miniting through irreversible burning. After burning, a total of approximately 535,000 STRONG will be left. Among them, rest of will be now allocated as follows:

To keep STRONG circulating in the community, V2 Tokenomics supports a low inflation model, with rewards generated mainly from participation in nodes. This is in opposite to V1 Tokenomics, which was exclusively supported by the inflation model.

In V2, the rewards can adjust along with the token’s valuation in a given period. They will also be used deflation measures, including STRONG burning in some transactions.

The gradual path to decentralization has been identified as the safest for all protocols blockchain. Holding STRONG tokens will still allow proposing, debating and community voting concerning managment, gradually moving towards decentralization.

Was in the Ethereum block with number 12246508. It was publicly announced and discussed regularly for two months before the occurrence. This didn’t affect earlier acquired, but not claimed rewards.

Now there is an 90-day deposit limit for paying the fees for the nodes. If you have paid over 90 days, it won’t affect on these payments.

Initial and mothly fess for NaaS Ethereum 1.0 nodes are around 14,95 USD, based on the basis points of the current Ethereum price. It is all the time being adjusted, which fluctuates. Your initial and monthly price will never be exactly 14,95$.Smartcontracts are setting up months on 7000 Ethereum blocks, 30 times or 210 000 Etherum blocks, since you node has been created. When your node reaches 210,000 blocks, you’ll be asked for maintenance payment in ETH. If you do not pay fee, you can’t claim rewards.

Owning any Metal NFT will increase your rewards and ensure early access to many coming functions. Bronze, Silver, Gold and Platinum are less frequent and they have higher rewards and faster profitability. The rewards levels are not and never have been guaranteed; they are a goal that can be achieved with a combination STRONG, NFT, revenues and other incentives and that will change over time depending on many factors.

The goal is to maintain reliable and predictable nodes rewards while maintaining a zero ecosystem inflation or deflation. Ethereum gas is often high. To keep gas costs low, wait for claiming rewards when fees are low. NaaS Ethereum 1.0 NaaS nodes are compatible with the ETH Berlin Hard fork and are prepared in the London Hard fork.

If your ByoN node isnt compatible, you will be notified via the ticketing system and you will have 48 hours to adjust it or your node will be suspended.

Silver, gold and platinum metal NFTs were avaible since 3 June 2021 in dutch auciton system in the dedicated area on the StronBlock website. For the every type of NFT the were upper and botton limit of price, decreasing withing 48h or until all such NFTs are sold, whichever is from what comes first. Contributions for NFT are combinations of ETH and STRONG.

All STRONG contibutions will be transfered to the SB-community wallet, to recive a community rewards. ETH contributions will be used to extend the range of the node and the protocol of the StrongBlock platform, provide key validators in other networks, possibly create new chains and financing future projects.

After NFT Dutch aucton ends, betting the silver, gold and platinum NFT – and rewards increasing – will be activated in the StrongBlock app. We will be still allowed to use OpenSea as NFT aftermarket platforms. Consider that less than 28% of the 32,700 nodes current can be improved with metal NFT, they are working on other types of NFT with similar attributes, which can be earned over time through stacking pools.

The primary use of NiftyFi NFT is to refill rewards acquired by running nodes on one or more blockchains to support their security and resilience. 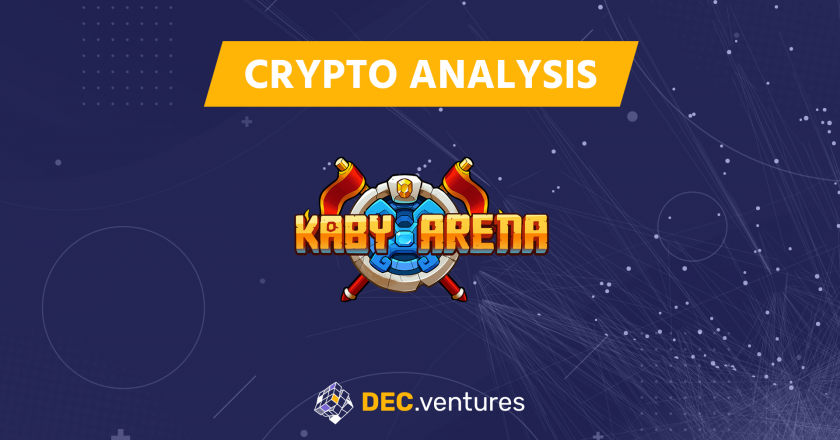